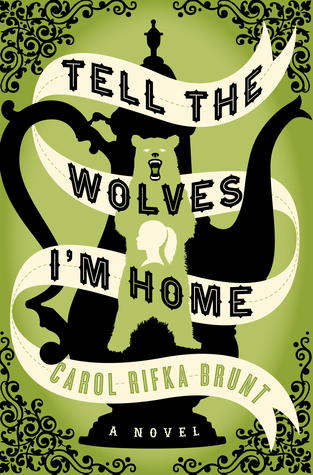 This is a very touching tale. It was a good pick after Black Leopard, Red Wolf – especially because of the kind of emotions I was left it at the end of that book, the eerie, not so optimistic kind.

The book itself is very layered, but centers itself around a singular premise: grief. June is forced to cope with the death of her beloved uncle Finn, a gay man in the 80’s who passes away as a result of AIDS. She has grown up resenting her uncle’s boyfriend, Toby: a man blamed by her parents for her uncle’s death. June and Toby were also often competing for her uncle’s affection, attention, and time, leading to a complex relationship. His passing forges an unexpected friendship between these two individuals. June’s uncle was an artist, and through discovery of his art, we learn how grief impacts two people close to the departed and the way they share in their sorrows and their joyful memories.

There’s an emotional weight to the writing. Their friendship begins with a posthumous gift that Finn gifts to June through Toby. June slowly discovers Finn’s spirit living on in Toby – who replaces Finn as an uncle-figure in her life.

Rifka Brunt’s writing is enjoyable. The book itself, is wholesome. I’m not left with unanswered questions or unresolved emotions – but moral conflicts that are easily resolved, and a story that feels complete. I docked a star for its simplicity. Things seemed too convenient, for me – and I would have appreciated if June’s voice was a little more suited to her age throughout the book. Often it felt that Brunt purposefully chose a voice younger that June’s actual age, which takes away from the kind of relatability the book enjoys.

For the imagery and the symbolism, and the description of grief and friendship, this is worth reading.

A Glimpse into the Archives

Do you know what you’re looking for?