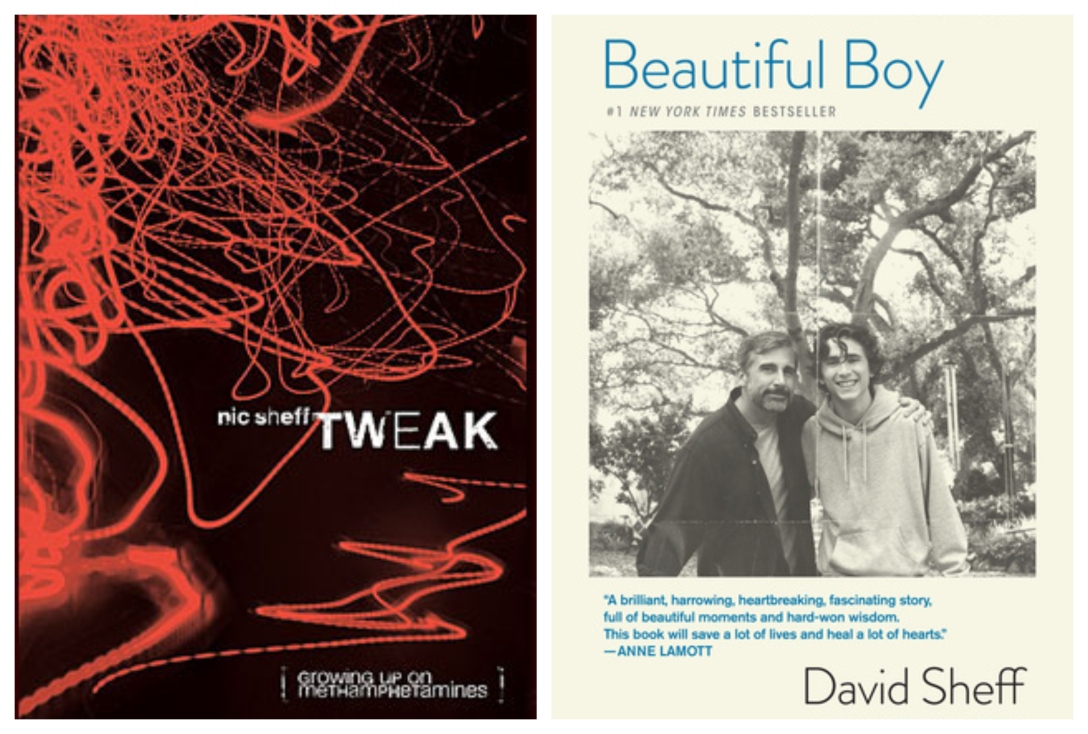 Tweak: Growing up on Methamphetamines
by Nic Sheff
Published by Atheneum Books for Young Readers (2008)
Rating: ***

I first heard about the Sheffs’ story when I saw the trailer for “Beautiful Boy”, starring Steve Carrell and Timothée Chalamet. The trailer had me hooked. I was intrigued by the father-son relationship, and when I found out that there were two books, one written by the father, and one by the son – allowing you to see two perspectives to the story in realtime, in first-person narration, I just had to read them. I read both back-to-back one evening, gripped by the experience, the grief, the love, and the story.

Nic Sheff writes about his own exposure to drugs and alcohol and becoming addicted to meth. David Sheff writes about watching his son getting exposed, and his own exposure to his son – when he was high, and the struggle in loving someone unconditionally. Nic’s own narration is factual, it reads the way an autobiography would – outlining anecdotes and emotional responses, with a lot of reflection about these instances. David’s narration is largely emotional – dealing with the anguish of conflict and confrontation with his own child, and feelings associated with uncertainty about his son’s whereabouts and activities.

These are gripping reads, both of them are. I admire their willingness to share this very, very personal story. David Sheff is a writer and journalist, and the writing flair comes across almost immediately, permeating through the book. Nic’s book, on the other hand is slightly less refined, in quite a few places. It would, however, be absurd to draw conclusions without reading both accounts of the same experience, which is what pushed me to get through the writing, in parts where I struggled.

After reading them, I watched the movie.

I think that’s when the impact of the books really hit me. This is a very real story. It’s people’s lives, told out – in their messy glory. I’m not an addict, and I’m not certain what kind of impact this kind of literature has on addicts themselves. But it’s someone’s personal account, and I think that’s valuable. For me, as a non-addict, it got me to grasp at how grave the issue can get, and the kind of conflict you might go through if you’re in close proximity with someone who suffers with addiction. It also taught me about the different kinds of rehabilitation processes that exist in response to addiction, and the kind of things one might go through while using those facilities and processes. It got me to understand addiction from a fresh perspective, which I’m grateful for.